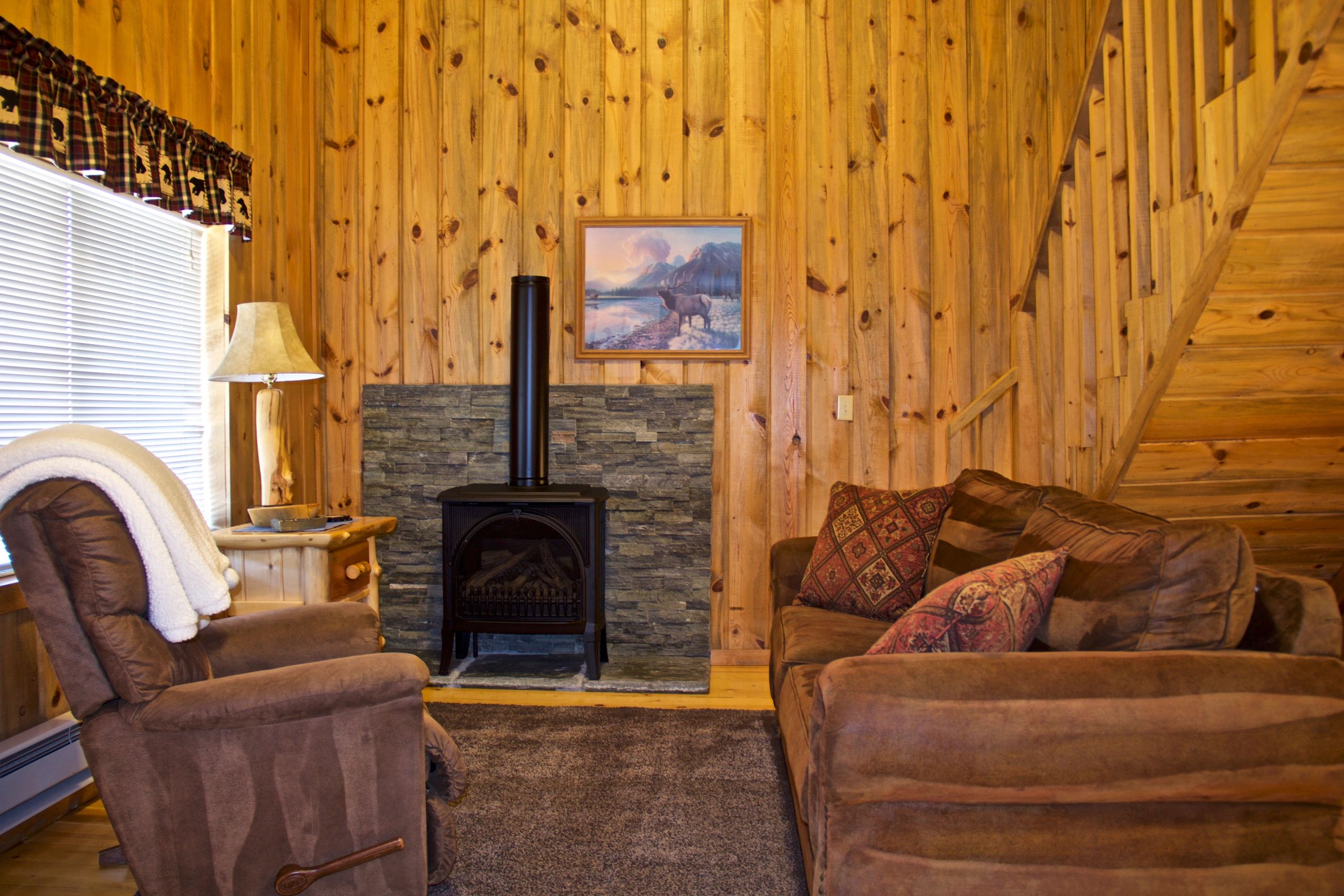 In our 27 years, Blue Springs Lodge has developed a well-deserved reputation as the cleanest, nicest cabins our vacationers have ever stayed in.

Our Office for most of our 27 years

...rushing to finish our new facility by Memorial Day

While on summer vacation, 1991, brothers Tracy and Quinn Armstrong and their young families, drove into the Panguitch Lake North Campground to spend the evening.  Even though Phoenix was their home, they longed to find a place where they could make a living, and raise their families in a small town atmosphere. Adjacent to their campsite was a Stagecoach Realty “FOR SALE” sign. Curious, they walked over to the Panguitch Lake General Store, owned at the time by Bill Herder, and made a phone call that would change their lives! Soon, Stagecoach Realty owners, Doug and Barbara Shilling, arrived, to relay information and show the property.

The Shillings explained that the property belonged to a local family, the Monte Marshall family, and had only been listed for two days. Neither the Shillings nor the Marshalls could have known that the major focus of the Armstrong’s two week summer vacation was to find a potential business or site whereupon a business could be constructed. After the Shilling’s departure, Tracy, Quinn, and their families spent the rest of the evening, around the campfire, discussing the possibilities. While five Lodges already existed at the Lake, the Armstrongs felt there was something else they could bring to the area. However, they had no idea what kind of sacrifice it would take to bring about the Blue Springs Lodge.

Purchase contract in hand, the Armstrongs headed back to their homes in Phoenix. Quickly, they realized that their dream was much larger than their pocketbooks. In order to complete the purchase the Armstrongs felt it wise to find partners that shared the same dream; that of owning a Lodge in the mountains. While promoting the idea among their acquaintances they found two other families eager to share the dream. The four partners either owned or were beginning, new businesses in the Phoenix area, which were to be their main means of support. Someone would have to move to Utah, to run this business, year round!  Tracy and his wife, Lynn, volunteered.

Fast forward to the early spring of 1993. Funding (from an investor pool that consisted of family, and extremely trusting friends) had been obtained, so that construction of the first cabin could begin. During Memorial Day Weekend, the first delivery of logs arrived. It was quite a sight to see the members of the four different families working side by side, to complete the floor, and walls of what became known as Cabin Six. By the end of the holiday weekend, it was quite apparent that the plan to drive from Phoenix, each weekend, to build the six (planned) cabins, and finish by the end of the year, was impossible. In fact they would be lucky to finish one cabin by the end of the year. Quickly, and to the best of their ability, the families attempted to find local carpenters, willing to help complete as many cabins as possible before winter.

In an attempt to not sound harsh, the project took a turn for the worse. Sparing the details of the trials and heartache, the four families struggled to complete three cabins by the 4thof December, 1993. The Grand Opening, that day, was without fanfare. It was more like a huge sigh of relief! Tracy, Lynn, and their four children: Austen, Justen, Craig, and Trichelle, moved into one of the new cabins, where it had been decided they would live, until all 6 cabins were finished.

The year 1994 saw the completion of Cabin four by late August, too late in the year to bring any income to the lodge, which placed a huge financial hardship on the group. Something had to change. Starting the first week of April 1995, a new cabin would have to be finished by Memorial Day weekend, and they barely made it. The same with 1996, However, with the Lodge doubling as the local Real Estate Office, with Tracy as the Broker, and not yet turning anything close to a profit, changes in the partnership were made in which Tracy, Quinn, and their parents, Devon and Carol, became the owners of Blue Springs Lodge. Soon, the amount of physical work required, wore out its welcome, and Tracy and Lynn purchased it from the rest of the family.

The Tracy Armstrong Family continues to operate the Lodge to this day. Devon, Carol, and Quinn’s family continue to lend a great deal of support, especially when, on August 3rd, 2007, a troubled young man, without warning, shot Tracy Armstrong three times in the back, at point blank range. The bullets caused irreparable damage, severing his spinal cord just above his shoulders. Paralyzed and constrained to a wheelchair, he now looks forward to the construction of the seventh Cabin, which had originally been planned as the one, handicapped accessible cabin.

Oldest son Austen, and wife, Kayla, currently manage Blue Springs Lodge. They look forward to meeting you.  Come visit and see why we think Panguitch Lake is so special.

P.S.: Special Thanks to Jay Belbey, Clement Armstrong, Melasoyn Armstrong, the Cleve Hill family, the Brian Norris family, Stronks & Sons in Ashton ID. and a list that goes on and on. Your help in our times of need has been greatly appreciated.